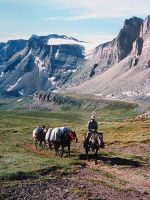 C. C. Phillips grew up on a mixed farm along the edge of the Great Sandhills region of the Canadian prairies. 'The Hills' provided a wonderland of adventure and enchantment for a growing lad, his dog and saddle horse; the semi-annual two day cattle drive through the heart of the uninhabited landscape were highlights of the year.

As a youngster, Phillips attended a country school for the first six seasons of his formal education, making the three mile trek on horseback, buggy or cutter. It was here that he realized a love of stories and writing under the tutelage of Mrs. Harrison, a young teacher recently arrived from Britain.

With the family farming operation lacking in capacity, a young C. C. Phillips entered the work force, delving into a variety of occupations. Writing was relegated to a hobby as he turned his attention to providing for wife, son and daughter.

Phillips' adventurous spirit moved him and his family to La Ronge in central Saskatchewan, and from there to Uranium City in the province's extreme northwest corner. The latter, once a thriving mining community of five thousand, had dwindled to a near-ghost town of two hundred. Here, the wildlife, scenery and solitude captured his heart and rekindled the writer's imagination.

Throughout the course of his life, C. C. Phillips has continued to write. Now retired, he is able to devote more time to pencil, pen and keyboard. He takes a keen interest in wildlife and spends hours tramping or riding across the grasslands. Leisure time is devoted to his family, puttering in shop and barn in summer, hunting in autumn and winter. He and his wife currently reside in their country home in southern Saskatchewan. 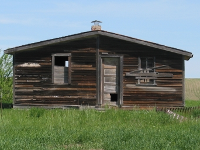 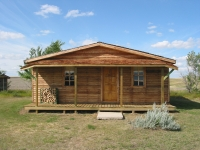